Ganesh Chaturthi is one of the most fabled festivals in Mumbai. Mumbaikars wait with the bathed breath throughout the year for the opulent Ganesh Chaturthi celebrations across the city. Apart from the locals, even people from discrete parts of the globe pay a visit to Mumbai in order to liquefy themselves in the sea of spirituality and catch the glimpses of Brobdingnagian statues of the city. To experience the happening 2019 Ganesh Chaturthi Festival in Mumbai, we made a move to Ganesh Galli (Ganesha Street) where most of the known Ganesh pandals are situated! 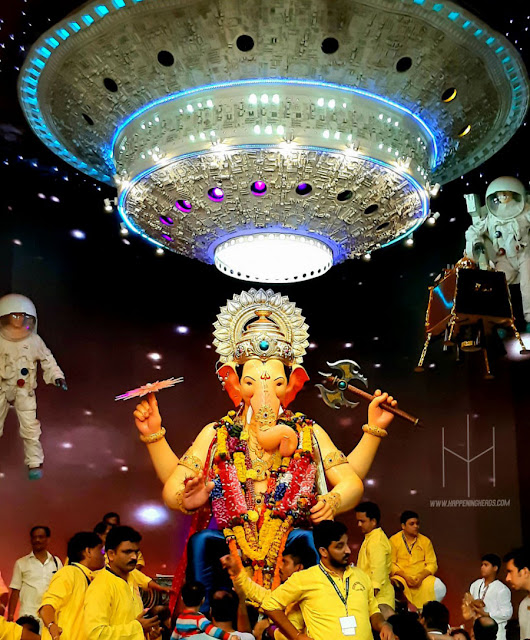 Located at the prominent locality of Mumbai, Lalbaugcha Raja (Lalbaug’s King) is one of the most famed Ganpati of Mumbai. The enormous size of this idol has its own aura and it is believed that to be a ‘Navsacha Ganpati’, meaning one who fulfills all the wishes – this is the reason why more than 1.5 million people visit Lalbaugcha Raja Sarvajanik Ganeshotsav Mandal every year during the course of time 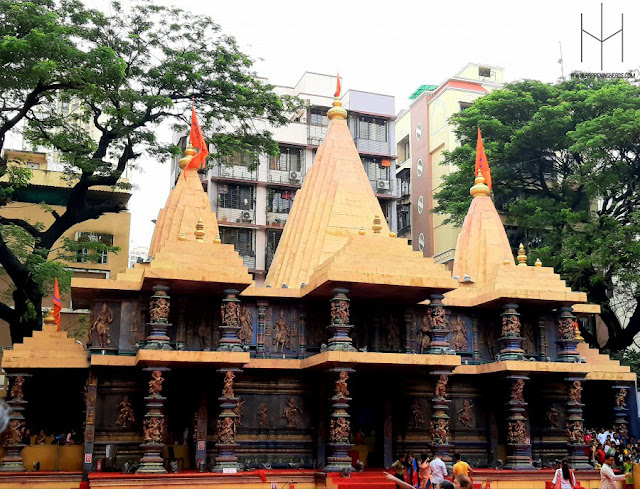 The idol of Mumbaicha Raja is as flabbergasting as the work this Ganesh Pandal undertakes throughout the year.

As you take an exit from Mumbaicha Raja, you will come across a winsome Ganesha idol of Bal Yuvak Utsav Mandal (Lalbaug) which one just cannot resist from adoring. 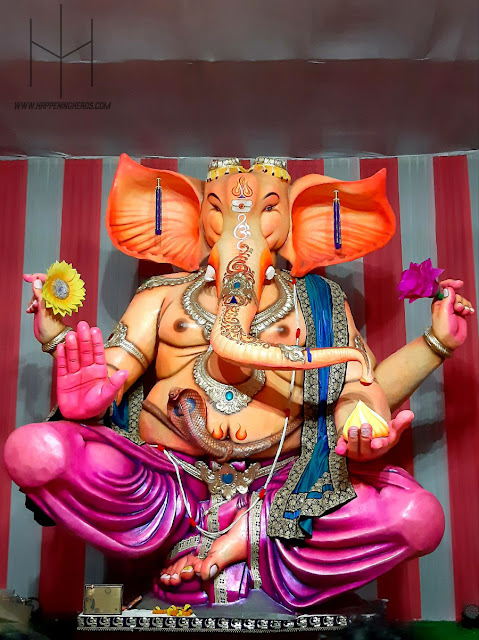 Located on Dr. Ambedkar Road in Lalbaug, Raja Tejukayacha (Tejukaya’s King) is of paramount importance in Mumbai’s Ganesh Utsav. Tejukaya Sarvajanik Ganeshotsav Mandal are known to come up with innovative themes for social awareness every year and they never fail to spread the same among the devotees who pay a visit to the pandal in huge numbers.

Located under the Chinchpokli, Chinchpoklicha Chintamani sits comfortably on a 23-feet high throne and blesses lakhs of devotees every year. Chinchpokli Sarvajanik Utsav Mandal has completed 100 years of its existence this year and they are firmly backed by the 4,000 houses in Chinchpokli as far the funding for Ganesh Chaturthi is concerned every year.
Do let us know which Ganesha idol you liked the most and why in the comments section below. Also, let us know which all happening Ganesh Pandals do you want us to cover next year. Ganpati Bappa Morya!
ALSO READ: INTO THE WILD AT BANNERGHATTA NATIONAL PARK IN BENGALURU