Rabindranath Tagore was certainly a man of many shades. May it be his poetry or his literature of the Bard of Bengal, these 6 Rabindra Tagore stories will surely inspire you in some way or the other. 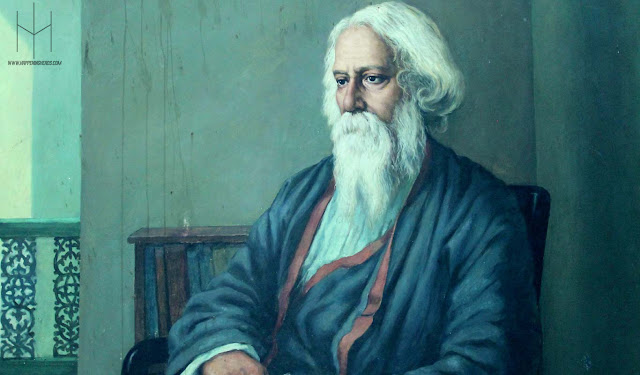 While we were busy learning the values of life in school at the age of 8, Rabindranath Tagore actually finished writing the first verse of his poetry at that age. His addiction to writing poetry was so strong that he managed to publish the collection of his poems at an early age of 16. He later started writing short stories as well as dramas and also contributed to a family magazine named ‘Bharati’ on regular basis.

The best thing about Rabindranath Tagore was that he always aspired to do something new in life, irrespective of the age factor. Switching to drawing and painting was a big decision but he made it count an how! The best part about Rabindranath Tagore’s arts was that they possessed dark and concealed quality. His drawings and paintings are appreciated all over the world and many renowned art galleries exhibited them during his lifetime.

Rabindranath Tagore met Albert Einstein many a times in the year 1930-31. In fact, their first ever meet took place at Einstein’s residence in Berlin, Germany. Both had won the Nobel Prize for literature and shared a mutual love for learning new things in life, hence they shared a really strong bond together. You can refer the ‘Science and the Indian tradition: When Einstein met Tagore’ book by David Lagourie Gosling to know more about this in detail.

We respect Rabindranath Tagore a lot, especially because he utilized all the money he received from the Nobel Prize and other funds in the setting up a university. He wanted to ensure that the studies of arts was given a priority and this is the reason why he decided to establish the Visva Bharati University. The good part was that this university was soon declared a central university in 1951. Did you know? Many classes are still conducted in the open fields there.

Written By
happeningheads
More from happeningheads
Being frequent travelers, our passport is always on a roll with us...
Read More