Parineeti Chopra and Sidharth Malhotra starrer, ‘Jabariya Jodi’ throws light on some extremely serious issues of the society in a humorous way. The highlights of the movie include hilarious one-liners, catchy songs and Parineeti Chopra – Sidharth Malhotra’s happening chemistry. Special mention to Aparshakti Khurana and Sanjay Mishra for their brilliant performances! 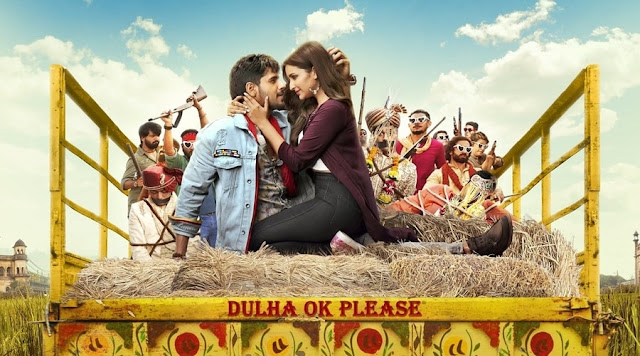 Jabariya Jodi has its roots in Bihar’s not-so-famous practice of groom kidnapping. The film starts with a quick flashback to Abhay Singh and Babli Yadav’s childhood days where they apparently fall in love but their love story stays incomplete as Babli’s family shifts to Patna. The characters selected to portray Abhay and Babli’s childhood are apt and have pulled off their respective characters effortlessly well.
When the movie switches to the present day, Sidharth Malhotra grows up to become the ring leader of his father’s ‘Groom kidnapping’ gang where he kidnaps greedy grooms with the help of his friends and get them forcibly married without letting them get their hands on the fat dowry because he thinks what he is doing is good work. Javed Jaffrey plays the role of Abhay Singh’s father who is a kind of politician who can do literally anything for the power. On the other hand, Sanjay Mishra plays the role of Babli Yadav’s father – a middle-class history teacher which has a habit of walking in sleep! In the process of kidnapping grooms, Abhay somehow comes face-to-face with his childhood love Babli. Parineeti Chopra marks her dashing entry as Babli Yadav with a rather bold move as she decides to run away with her boyfriend and ends up beating him as he ditches her at the very last moment but the way she handles that situation without breaking up is a fun to watch and we personally loved it very much!
Director Prashant Singh has done a fantastic job to bring in thrills and spills in the journey of Abhay Singh and Babli Yadav getting married in a ‘jabariya’ style. He has managed to present an interesting story along with the writer Sanjeev K Jha, which will surely keep you glued to your seats. The dialogues of the film are very well-written along with frequent witty one-liners that are bound to leave you in laughs and what adds to the awesomeness is Javed Jaffrey and Sanjay Mishra cracking jokes with their poker faces on every now and then.
Apart from the wonderful performances of the leads – Parineeti Chopra and Sidharth Malhotra, what adds cherry to the cake is a blazing supporting class. May it be Sheebha Chadda as Abhay’s mother or Aparshakti Khurrana as Balbir (Babli Yadav’s best friend), they have added sparkles to the overall product called Jabariya Jodi with their sublime performances. Ruslaan Mumtaz, Arshi Lamba and Neeraj Sood too play important roles in the movie and we personally loved the surprise entry of Sharad Kapoor in the film from nowhere, he plays the antagonist in the film and watching him on the big screen after a long break was an absolute treat. Also, we loved Aparshakti’s romantic shayaris and the way he presents them at regular intervals in the movie which makes the bond between him and Parineeti even more worth appreciating. Parineeti Chopra and Sidharth Malhotra’s sizzling chemistry looks beautiful on screen and the way they have aced the ‘Bihari’ accent proves their mettle in acting as well.
As we all know, Jabariya Jodi’s songs are already ruling the charts but the way they are wisely placed in the movie will make you fall in love with them even more. They have played an important role in keeping up the tempo of film and makes it gripping enough to watch for the audience. Though we personally felt that the second half could have been less longer but we won’t complain as Jabariya Jodi is quite an entertaining film and have successfully managed to impart the lesson that forcibly employing someone in marriage will take them nowhere because love is what matters in the end!
ALSO READ: SIMMBA REVIEW: AN ACTION-PACKED BOLLYWOOD BLOCKBUSTER WITH A GRIPPING STORY

Written By
happeningheads
More from happeningheads
It was our pleasure to cover the 90th Oscars Annual Academy Awards...
Read More