Fujifilm India unveils its happening innovation marvel – GFX100 in India along with the new “Premista” series of cinema zoom lenses. It is industry’s first large format sensor camera with the world’s highest 102 million pixels resolution. It offers fast and accurate autofocus, in-body image stabilization as well as the 4K video capability. With GFX100, you will be able to capture and record precious moments at world-leading image quality!

New Delhi, 16 July 2019: Fujifilm India Private Limited, a pioneer in imaging technologies,
announced the launch of latest innovation breakthrough in India, the FUJIFILM
GFX100 mirrorless digital camera (“GFX100”) incorporating an image sensor with
the world’s highest 102 million pixels resolution and unique color reproduction
technology to achieve the world-leading image quality. The event saw the
presence of Mr. Haruto Iwata, Managing Director, Fujifilm India Pvt Ltd., Mr.
Dabboo Ratnani, Celebrity and Fashion Photographer and International Editorial,
Commercial and Corporate Photographer Mr. Zack Arias.
The GFX100 is a flagship model of the GFX Series of mirrorless
digital cameras, which have won strong praise from professional photographers
and photo enthusiasts alike for the use of a large image sensor, boasting
approximately 1.7 times the size of the 35mm full-frame sensor. Among digital
cameras equipped with a sensor larger than the 35mm full-frame format, this is
the world’s first model that offers (1) a back-illuminated sensor with phase
detection pixels, (2) in-body image stabilization (IBIS) mechanism and (3)
4K/30P video recording capability. The innovative mirrorless digital camera
fulfills photography’s intrinsic mission of “capturing and recording precious
moments that are never to be repeated again.” Launched in India today, the
camera will be available at a price of INR 7,86,999/-.

Present at the event and Brand Ambassador for Fujifilm GFX range,
Mr. Dabboo Ratnani said, “It is a matter
of great pride for me to be associated with a cult brand like Fujifilm. The new
GFX100 camera embodies a new standard of optical excellence with technological
brilliance in new mount and optics; retaining Fujifilm’s renowned legacy.
Packed with powerful features, the camera displays Fujifilm’s legendary
artistry that will empower users to expand the realm of photographic
capabilities. With this association, we look forward to an advanced mirrorless
camera experience and witness a shift in the existing imaging industry to newer
heights.”

On this occasion, the
Optical Devices Division of FUJIFILM also unveiled the new “Premista” series of
cinema zoom lenses. These lenses support large-format sensors and deliver
outstanding high resolution, beautiful bokeh and rich gradation with HDR (high
dynamic range). The Premista Series brings out the maximum capability of large
format sensors, which is increasingly being adopted into cinema camera, to
provide robust support for high-quality video production. The Premista 28-100mm
T2.9 will be available in August 2019 at a price of USD 38,800 and the Premista
80-250mm T2.9-3.5 will be available later this year at a price of USD 39,800.

Commenting in the launch of the ‘Premista’ series,
Cinematographer Mr. Palash Das said, “I was recently honoured to
shoot on the Premista 28-100mm large format zoom lens. The lens is indeed a
breakthrough with crisper images and proper focal length coverage throughout
the zoom range. It has a beautiful flare to it and the bokeh effect is also
quite wonderful. My overall experience with the lens is nothing but fantastic
and I will encourage more DOPs to use this zoom lens in Bollywood and across
the world.”
Fujifilm has led the
cinema industry since its foundation in 1934 to achieve domestic production of
photographic and motion picture films. Since 2000, the company has worked on
developing lenses for cinema cameras. Its products have received high acclaim
at the frontline of movie, TV commercial and TV drama production around the
world for their outstanding image quality. The development of high-performance
zoom cinema lenses and their contribution to enhancing video image quality have
been recognized in 2017 when Fujifilm was given the Emmy Award by the American
Academy of Arts and Sciences. The new Premista Series will complement the
existing “HK / ZK / XK / MK Series” of lenses to address diverse needs in video
production.

Innovative features of the GFX100:

With the features of the GFX series image sensor which
has the a diagonal length of about 55 mm (43.8 mm x 32.9 mm) and is approx. 1.7
times bigger than a 35 mm full-frame format, GFX100 has double number of pixels
compared to the current model***. Combining with the unique color reproduction
technology, it achieves the world-leading image quality.

II.          ii) In-body image
stabilization (IBIS) mechanism: The use of up to
5.5-stop*4 five-axis in-body image stabilization controls pitch and yaw
movements (up / down and right / left tilting) as well as shift (vertical /
horizontal) and roll (rotational) movements. This dramatically broadens the
scope of situations where users can handhold the camera and still enjoy the
world of ultra-high 102 million pixels resolution. 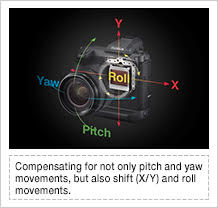 (7) Featuring the world’s top-class ultra-high
definition electronic viewfinder (EVF) with more than 5.76M million dots for
accurate focusing:
(8) Support for “16bit RAW” and “16bit TIFF” to
cater to the needs of professional photography:
*9Tolerance to
image degradation caused by post-processing
(9) Accommodating two batteries and supporting USB
charging / powering for enhanced user convenience:
You can visit http://fujifilm-x.com/gfx/ for details of product
support and additional information.
Main
features of the Premista Series:
(1) Premista is
a series of zoom cinema lenses that support large format sensors and delivers
outstanding resolution, beautiful bokeh and rich gradation with high dynamic
range:
·
These
zoom cinema lens, support large format sensors, and cater to a variety of
filming situations with advanced operability without having to change lenses.
Premista28-100mm:
Standard zoom lens that offers the fast T-stop value of 2.9 across its focal
length range of
28-100mm
Premista80-250mm:
Telephoto
zoom lens with the T-stop range of 2.9-3.5 and focal length range of 80-250mm
·
The
Series combines large-diameter aspherical lens elements, processed to ultimate
precision, with the newly-developed focusing / zooming system to achieve low
distortion*4 and color aberration. The lenses have the ability to achieve
an astonishing level of edge-to-edge resolution, regardless of the distance
from the subject or zoom position, delivering footage of impressive sharpness
and clarity.
·
This
is the first FUJINON cinema lens series to adopt a 13-blade iris design to form
a near-perfect circle. When combined with large format sensors’ characteristically
shallow depth-of-field, the lenses create a natural and beautiful bokeh.
·
Fujifilm’s
unique optical design effectively mitigates ghosts and flares to produce video
of rich gradation with high dynamic range.
·
The
Premista lenses produce video in natural color tones, popular with the HK / ZK
/ XK / MK Series of cinema lenses. Consistency in color design with the current
lineup of lenses simplifies color grading*5, required when using multiple
lenses.
*4Distortion refers to contraction and
expansion that occurs at edges of an image formed through the lens.
*5Color grading refers to the process
of color correction in movie editing.
(2) Advanced robustness in a compact and
lightweight design:
Mechanical design built with Fujifilm’s simulation
technology, nurtured over many years, is coupled with production technology
that can assemble parts processed in the order of microns at high precision, to
produce a compact and lightweight body with advanced robustness, withstanding harsh
filming conditions in professional video production.
(3) Excellent
operability:
The focus ring can be rotated as much as 280
degrees, and gives a sensation of smooth torque when rotated to enable precise
focusing.
The gear pitch*6 for the operation rings for
focusing, zooming and iris is 0.8M (module), the same as existing FUJINON
cinema lenses. The lenses can also be used with standard peripheral
accessories, essential for video production, such as Follow Focus for accurate
and smooth focusing and remote lens control system for remotely operating
rings.
Fluorescent paint is applied to index marks on the
focus, zoom and iris rings so that these settings can be clearly checked even
at night or in a dark room. The focus index can be also displayed in feet or
meters.
The lenses feature a Flange Focal Distance
adjustment function*7, allowing users to adjust the flange focal distance by
simply rotating a ring on the lens barrel to correct a shift in the flange
focal distance caused by rapid temperature changes at a shooting site. This
function achieves optimum camera and lens matching, thereby bringing out the
lenses’ full optical performance.
*6 Distance between gear teeth
*7 Lens’s image-forming plane can be adjusted to
the optimum position according to each camera’s flange focal distance (distance
from lens mounting reference plane to sensor)
(4) The Premista
Series supports “ZEISS eXtended Data”*8:
Premista lenses support the “ZEISS eXtended Data”,
developed by Carl Zeiss in compliance with the “/i® Technology*9”
communications standard. It can not only record lens metadata (focus, zoom and
iris settings) for filmed footage but also correct lens distortion and
peripheral illumination*10.
*8 The support is to be introduced with firmware
update.
*9 /i is a trademark or registered trademark of
Cooke Optics Limited.
*10 Compatible devices are required depending on
which camera you use.
Main specifications of the Premista Series
*11 Aspect ratio 1:1.90
*12 Aspect ratio 1:1.50
*13 Aspect ratio 1:1.78
ALSO READ: JOIN THE SMART HOME REVOLUTION AND GEAR UP TO GEAR FIT WITH FLIPKART

Written By
happeningheads
More from happeningheads
With over 60 shops all over the city, Yewale Amruttulya has already...
Read More